How many colonics can you safely have in one year?

WestLondonColonics
Some more comments on Safety
The quantity of water introduced is only to bowel tolerance (the client signals “I am full“); usually no more than a couple of litres at a time. Such a low quantity of fluid only presents a problem if there is a compromised bowel wall [as in diagnosed irritable bowel disease (IBD), bowel cancer] and medications/bowel pathology causing reduced bowel resistance. It goes without saying that anything that may have weakened the abdominal area significantly (e.g. abdominal hernia and abdominal surgery) should be healed before treatment.  There are effects of colonics irrigation on the vagus and pelvic nerves and the possibility of water re-absorption. Caution must be applied with liver/kidney disease, pregnancy and hypertension. There is no absolute contraindication when the conditions are mild, however where indicated a physicians release is obtained before treatment.
To my knowledge there are no verifiable cases of adverse reactions from colonic treatments administered by trained and competent therapists.
WestLondonColonics
Still more amplificatory comments on safety.
Colon Hydrotherapy (CH), as practised in the UK, is proven to be very safe.
A first treatment with a colon hydrotherapist always includes a consultation. Treatments are not administered if its not appropriate. The well-trained CH therapist knows who can be safely treated, and where and how to proceed with caution.
Absolute contra-indications take into account known physiological aspects in relevant disease conditions.
Here are some examples.
Lets take for instance the possible risk of water intoxication. This is not an issue at all for most people given the parameters of CH treatment. However, people on dialysis /long-term diuretic use / renal insufficiency, uncontrolled hypertension or congestive heart disease are theoretically at risk. Why theoretically? Because at least 2 studies suggest the risks of water overload may be overstated. [Rondinelli RD, Avatar Bowel Program Clinical Study, http://www.piemed.com; and Richards DG et al, J Altern. Complement Med. 2006 May; 12 (4): 389-93]. In any event, the view is taken that CH is not suitable for those who have these conditions, and they would not be treated, certainly not without a full specialist doctor’s release.
Similarly, the risk of colon trauma is kept low by not treating any active inflammatory bowel disease or colorectal carcinoma, severe haemorrhoids, fissures or fistulae.
And to keep very much on the safe side, given the theoretical risk of miscarriage, no treatment is administered during pregnancy. Other safety and good practice related contra-indications include severe anaemia, long-term steroid use, active unresolved hernias recent surgery and treatment of minors without parental consent /doctors referral.
Search Treatwell for Colonic Hydrotherapy near you
AmandaSpring
During your first colonic your therapist will assess the state of your colon. After that it is not a question of how many colonics you can safely have in one year but how many you need. There are many factors that influence the number of treatments required. For example with:
An acute colon condition you may require a treatment 2 or 3 times in one week.
A chronic condition you may require a treatment every month for 3 to 6 months.
A deep colon clreanse you may have a colonic every day for the duration of your fast.

WestLondonColonics
I am Julia Rhodes , principal con hydro therapist at West London colonics.
Although this question was asked a while ago, I thought I would throw my tuppence worth. (A recent client mentioned she read through all the colon hydrotherapy Q&As on this community space).
Colon hydrotherapy is a need-oriented health approach; it’s very safe, so safety is usually not the issue.
It’s safer than conventional medical treatment, which believe it or not, is the 3rd highest cause of death in the UK (source:
http://www.yourmedicaldetective.com/public/335.cfm , see note1.)
But colonics are not a medical treatment; they are an adjunct approach for healthfulness. Colonics do not promise a cure for any illness, but they do help restore a healthy colon terrain.
Because the ENS (enteric nervous system) is associated with the immune system, its healthy status contributes to overall healthfulness. Colon hydro therapists are fond of commenting that both vital health and dismal death are rooted in the health or otherwise of the colon.
What matters in the use of colonics is integrating its use with changes in lifestyle and diet. Colonics are not standalone.
I believe that when one decides to have colonics, its best to commit to at least 3. Why 3? Well, I have a bee in my bonnet about the power of three!
Definitely, one colonic may (and often does) give a good result, however it is not systemic in its effects. (I.e. it relieves the colon, but usually little else.) A second colonic taken reasonably close to the 1st does a little more. And a 3rd, again not left off too long, starts to have a systemic effect; a genuine adjunct to other health measures one may take.
I have one client who has had 17 treatments in one year, with benefit. Of course, I am careful to provide very high quality probiotics, and to ensure that colonics are not being used as a purging mechanism to compensate for an unhealthy lifestyle. (Actually my experience is that those who do have regular colonics, say once a month or once every 2 months, become more self aware about their body’s needs, nutritional and otherwise.
They become more mindful. And it’s not out of place to comment that the ENS is commonly referred to as the 3rd brain.
Note 1: "Medical error is the third most frequent cause of death in Britain after cancer and heart disease, killing up to 40,000 people a year - about four times more than die from all other types of accident."
http://www.yourmedicaldetective.com/public/335.cfm
Wahanda page: http://www.wahanda.com/place/west-london-colonics/
Search Treatwell for Colonic Hydrotherapy near you 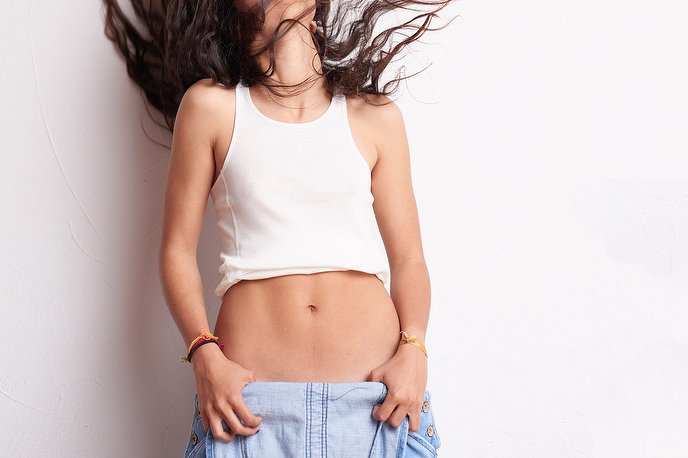 Combined with a healthy lifestyle, colonic hydrotherapy helps your body eliminate toxins. Sure, the colonic irrigation subject is still a bit taboo but once you’ve got over the apprehension you’ll soon realise that it is totally worth it: you will leave feeling light as a feather and your skin will be glowing!
Read our guide

More from our blog

Looking for Henna inspo for Eid? We’ve got you covered

Eid al- Fitr is fast approaching and we’re already thinking about what henna we’re going to get. From chic minimalist designs to bold, intricate patterns there are so many styles to choose from – and if you’re anything like us you’re having a hard time picking just one. But don’t worry, we’ve put together some […]