An experienced massage therapist， trained by Dr. Wu for some special technique.

Jun Wu(pronounced similarly as John) was born in a locally well-known family of Chinese traditional medicine in Gaoyou, Jiangsu province of China. As a result of his family influence, young Jun went to Haian Acupuncture and Tui-na college in Jiangsu, 1986, and after this, he went to the Nanking University of Chinese Medicine in 1989, to study Acupuncture and Massage. After his graduation, he worked in Gaoyou southern city hospital from 1994-1999, as a doctor of Acupuncture and Massage. With a life-change opportunity in 1999, Jun decided to work abroad in Abu Dhabi, U.A.E. From 1999-2009, Jun worked in AI Razi City Medical Center (before name Chinese Medical Center) as a Senior Acupuncturist in Abu Dhabi. In 2009, Jun come to the UK with his wife for the first time. He worked in many clinics, for instance, Dr & Herbs. Finally, in 2017, Jun decided to open his own 'Chinese Medicine Center' with his wife here in Hendon, North London, to bring his best knowledge and skill, for you!

The wife of Jun, she went to Abu Dhabi in U.A.E with Jun, instead of work in the AI Razi City Medical Center with Jun, Lucy got employed as a personal carer by a noble member of the Al Nahyan royal family, the ruling family of Abu Dhabi, what an honor! One day, she found that her Massage skill is popular in the royal family, so Lucy starts to provide her Massage and Tui-na service to the royal family until she came to the London and during the time she worked in Chinese clinics like SEN.

An experienced massage therapist， trained by Dr. Wu for some special technique.

This North London establishment houses extremely skilled therapists, including Jun Wu who holds decades of studying and practicing this dynamic occupation. He comes from a family background in traditional Chinese medicine, which catapulted his career into the world of acupuncture. During 1986 he began his studies in acupuncture and massage in China and has continued to strengthen his skills around the world ever since. 2017 sees a new chapter for Jun Wu and his wife, together they want to welcome you into their message centre and offer you holistic solutions to accommodate your needs.

Conveniently, Hendon Central station is literally 2-minutes away on foot and there are plenty of bus routes to choose from directly outside the salon. Heal the mind, body and soul under one roof at Golden Healthcare where skill and knowledge are second to none. 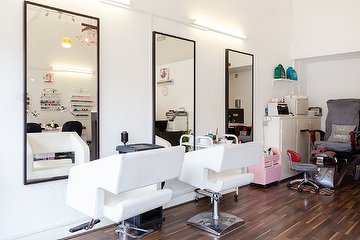 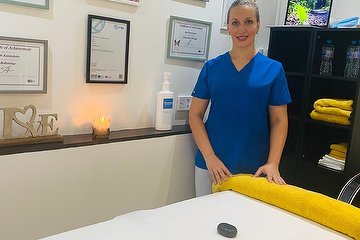 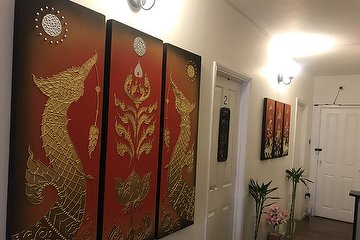