Written by our customers, so you know what to expect at each and every venue.
I have been receiving Kana’s treatment for ages.I am very lucky to have the best acupuncturist in London.She gets rid of my terribly stiff shoulders and a state of fatigue by her experience,skill and her warm heart.After her treatment,I feel like a load is lifted from my shoulders and my health has recovered. I definitely strongly recommend Wellness Acupuncture.
Fusayo•7 months agoReport
Had a wonderful acupuncture session today with Kana and left feeling so relaxed and cared for and understood. She is very experienced and kind and knowledgable and I felt very safe with her. Have booked in for more treatments and looking forward to healing and learning about my body.
Treatment by Kana•Acupuncture
Alexandra•8 months agoReport
The most cleanest , friendliest and soothing Accupunture Clinics in London. I have been having treatment with Kana for several years & continue to do so . She is one of the most experienced, caring & gentle practitioners I have ever met. Treatment prices very affordable. Kana is very experienced in many modalities of health and she compliments the accupunture treatment with her vast knowledge & experience, you feel relaxed and rejuvenated after seeing her. First class treatment !
Anonymous•8 months agoReport

Roozbehan is a qualified practitioner of acupuncture and Oriental bodywork. He holds a BSc (Hons) degree in Traditional Chinese Medicine (TCM) from Middlesex University of the UK (2008), a Shiatsu diploma, and is a member of the Association of Traditional Chinese Medicine and Acupuncture (ATCM). To encourage openness and reestablish free flow of energy in the body, he has developed a gentle but effective approach, using a combination of Japanese-style acupuncture and Oriental bodywork, including Shiatsu and Resilo therapy. His main focus of treatment is freeing up of tension and stuck energy in the body so that it can be used to naturally address various symptoms and conditions.

Instructor Duran Mack has had a unique life. At age 7, his father, Andy Mack met his teacher Adam Mizner. Not long after this meeting, Andy and Adam, and subsequently Duran, moved in together, sharing a house on the Gold Coast, Australia. Duran lived with his dad and Sifu Adam for about 2 and a half years. ​When he was 12, he moved to Melbourne to join his father. His father had set up a full time, live in HME school. They were joined by Sifu Curtis Brough, Senior Instructor Paul McIntyre, and 2 other HME students. ​Duran would wake up to training, he would come home from school to wrestle with his ‘uncles’, and then partake in class in the evening, and go to sleep to the sound of more training. The school was run in a traditional Chinese kungfu fashion, so Duran had his fair share of chores and obligations to fulfill. When Duran was 14, he and his father moved to Thailand. For 6 months they traveled throughout the country, staying and meditating in temples and remote locales with Thai masters. Duran continued his education at an international school, while his dad continued to train and live like a hermit, for the next 4 years. Duran now teaches full time at Heaven Man Earth Internal Arts London (https://www.hmelondon.com/) and practices a Bone Setting and Dissolve Therapy. Duran is an inner door student and Disciple of Adam Mizner.

Wellness Acupuncture is a massage and therapy centre in Walworth, London offering a wide range of treatments, including reflexology, cupping, acupuncture, Chinese herbal medicine, and more.

The team here has over 15 years’ experience, so take advantage of their wealth of knowledge and expertise.

This relaxing venue is conveniently located close to Elephant and Castle station and there are various bus stops nearby. Paid parking is available on Amelia Street.

Restore your mind and body at Wellness Acupuncture. 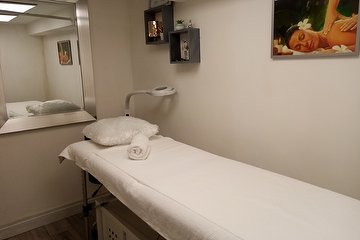 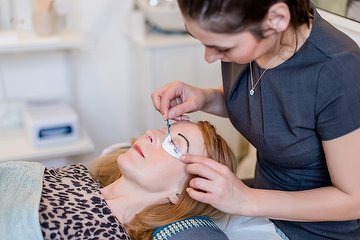