Written by our customers, so you know what to expect at each and every venue.
This was a very disappointing experience. At the time I went, there weren’t many reviews but they were all very positive so I assumed this was a good new venue, however my experience was really quite stressful. The venue was only staffed by one person and had an open front, so while the waxing therapist was with me in the back room there was nobody else watching the shop. The back room where the waxing table was had wires dangling from the ceiling, dusty floors, peeling wallpaper and no heating, and there was a frosted glass window in the door which didn’t make it feel very private. At one point during my wax there was a knock at the door and it was a security guard from the shopping centre wanting to do a security check - it was a man, and as I was booked in for a Hollywood wax and undressed from the waist down this did not feel safe, private or comfortable. The therapist stopped my service to open the door a crack for the guard without telling me she was going to do this. The therapist wore a big puffy winter coat during my entire service, which didn’t feel sanitary as this is clearly an outdoor item of clothing, and had her headphones in playing music while she was working. The wax itself was also the most painful I’ve ever had; she spread the wax in all different directions - I’ve never had a wax that hurts while being APPLIED before - and then wasn’t able to rip the strips off properly, so for each one she was tugging really hard and peeling them off slowly. It got to a point where I almost wanted to ask her to stop, and several times I panicked that she wouldn’t actually be able to get a strip off at all. I bled a lot and there was still a lot of hair left after, and although I never normally get ingrown hairs after a wax I had a LOT of very painful ones after this experience. And then she asked me to sign the liability/safety forms and give my information AFTER the wax was already done as I was on my way out. I’ve had a lot of Hollywood waxes at a lot of different venues and I’ve NEVER had an experience like this, I was really unpleasantly surprised. It felt as though she wasn’t trained or qualified for the service being provided.
Treatment by Ila•Hollywood Waxing
Anonymous•3 months agoReport
The venue was poor. The floors were dirty and it felt like it was unfinished decor wise. There was NO ambience and it was cold even the therapist had her coat on!!! The therapist was on her phone when I arrived and I had to ask if she was still on it as we were going through my treatments. And as soon as I finished she was back on her phone. The shop was open fronted and the room we were in had a frosted window in the top but it wasn’t locked so anyone could have come in. I did not feel safe.
Treatment by Ila•
Hollywood WaxingShow all…
Tracy•4 months agoReport
No heating on the venue.
Treatment by Ila•
Facial ThreadingShow all…
Anonymous•4 months agoReport
Beautician was lovely and saw me very last minute, but the salon could do with some TLC and could have been cleaner.
Treatment by Ila•Hollywood Waxing
Caroline•6 months agoReport
Not what was expected.
Treatment by Ila•Hollywood Waxing
Anonymous•7 months agoReport
Show more reviews...

This tranquil getaway is a welcome break from the shopping centre bustle and is easily accessed via public transport or car.

Pop in and put your feet up whilst you have a relaxing facial or experience the exceptional threading expertise.

Trisha Beauty Salon is ideally located, whether you are doing the holiday shop and want to be bikini ready, or you are prepping for a night out and want to treat yourself to some new lashes. 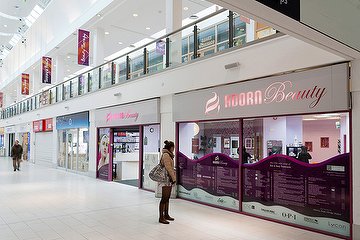 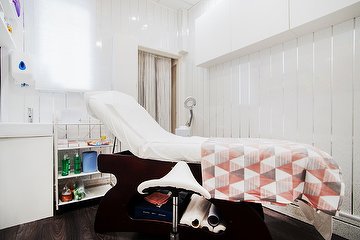 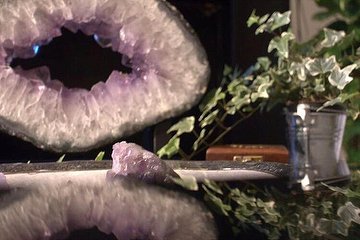