Written by our customers, so you know what to expect at each and every venue.
I accidentally booked myself in for a blow dry when I thought I had booked a haircut. The girls at Stuart Phillips were incredible and helped get me booked in for a hair cut with the Lara. I hadn’t had a cut for a year and was nervous.... until I spoke with Lara. She took her time to ask questions and work with me and was very dedicated. She did an amazing job and I can’t wait for my next visit with her
Styled by Chrissy•Curly Blow Dry
Kat•2 years agoReport
Chrissy was absolutely fabulous. Left feeling great. Would recommend the salon for fast blow dry and colour.
Styled by Chrissy•Blow Dry
Anonymous•2 years agoReport
I booked a wash, haircut and Blow dry. Unfortunately I don’t remember the name of the person that my washed my hair, but she did a lovely job, it was really relaxing! I had my haircut with Chelsea. She was very professional and personable for the consultation. She listened to what I wanted provided great suggestions. She did a fantastic job on my haircut and blow dry! The staff was friendly and provided great service. Just a fabulous experience overall. I would highly recommend Chelsea and will be returning to her for my next haircut!
Ladies' Haircuts
Cherie•3 years agoReport
Great haircut and blow dry with Chelsea- she was wonderful and friendly. Very affordable for the area and fit me in last minute. Will definitely consider visiting again!
Ladies' Haircuts
Amy•3 years agoReport
Really great haircut, very happy! Thank you!
Ladies' Haircuts
Polly•3 years agoReport
Show more reviews...

Stuart Phillips has been at the forefront of the British hairdressing world for over 20 years and has styled some of the biggest names in the showbiz and entertainment worlds including Famke Janssen, Serena Williams, John Cleese, Benicio Del Toro, Chris Noth (Mr. Big Sex & the City), Ronnie Wood, Beverly Knight, Bridgette Neilson, David Hasslehoff, Jonathon Ross, Jamie Oliver, Jaime Murray, Girls Aloud and Jean-Claude Van Damme. Stuart began his hairdressing career at the age of 16, training at Vidal Sassoon. After qualifying aged 19, Stuart traveled to Australia and worked as an International Hair Stylist in Sydney’s top hair salons. His travels then took him to Asia, including Japan and Indonesia, where he developed his knowledge and experience in the art and methods of holistic hairdressing. This approach inspired Stuart to open his own salon in the UK, offering an eclectic mix of eastern versus western style and where he personally handpicked his staff and now has some of the best hairdressers in London working alongside him. All this has helped him win various accolades and awards including, Cosmopolitan Magazine’s “Outstanding Talent in British Hairdressing Award”, London Lifestyles “Best London Salon and Top London Hairdresser Award”, English Hair & Beauty’s “Best Hair salon in London Award & Best Hair Salon in the UK Award” and L’Oreal Professionals “L’Oreal Colour Trophy Award” for London. His creative talents and high standards have now elevated him to become a leading face within his profession. He has been the official hairdresser to the Television BAFTAs for three years, as well as hair stylist to The National Television Awards, The British Comedy Awards, The British Soap Awards, Estonia’s Next Top Model and ITV’s Dancing on Ice.

Stuart Phillips is a multi award winning hair salon situated on Monmouth Street, in the heart of Covent Garden. Established over two decades ago, they provide a haven of opulence and relaxation, creating the ideal location for an afternoon of hairdressing excellence.

Decadently designed, their interior is littered with luxurious touches. From the beautifully styled mirrors to the two magnificent chandeliers created from Swarovski crystals, every detail has been handpicked to create the ultimate indulgent space. Housing one of the finest teams in the industry, they deliver the highest standards of service and style, winning the ‘Best Salon in the UK’ at the Acquisition INTL Business Elite Awards 2017 and the London Lifestyle award 2016 for 'Best Salon in London'. 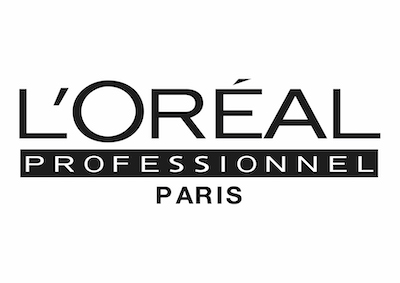 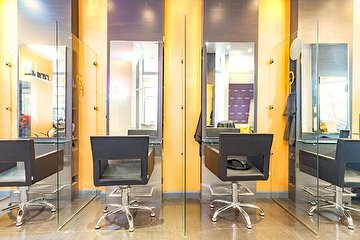 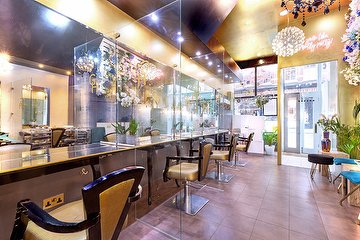 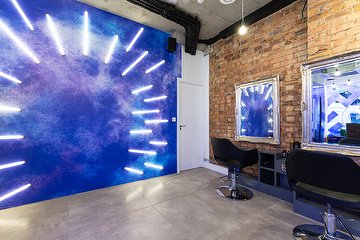