Written by our customers, so you know what to expect at each and every venue.
The stylist was unavailable for the treatment I had booked, so I ended up doing a Silk Press instead. I was disappointed that I had prepaid for a style that I wanted, and had to opt for a much more expensive hair do. Having said that, the quality of silk press was amazing and the stylist who did my hair was very good. The only reason why I ranked this three stars was because of the attitude of the staff. Overall the stylist did a great job of the silk press and I recommend contacting the salon directly to book your treatments - as the Treatwell platform isn’t completely in sync.
Styled by Tracey•Blow Dry
Anonymous•10 months agoReport
Weave was installed really well and looked as I wanted. Massive mix up with the booking but fortunately I still got my treatment
Styled by Tracey•Afro Hairdressing
Anonymous•2 years agoReport
Disgraceful customer service. Extremely rude staff. I purchased a lace front closure that one of the hairdressers were less than impressed with. Instead of advising me she went over to her colleagues to show her the closure and had a good laugh about it. Would have been nice if they offered advice instead of laughing at their customers. Made me feel very uncomfortable. All the other reviews are spot on.Avoid this place at all costs!!!!
Teeej•5 years agoReport
Terrible: I would not recommend this hair salon especially for delicate hair treatments like hair dying. My hair treatment included bleaching and cut and blow dry. I was unsatisfied with the bleaching which was done improper and not what I had asked for. As a result of the incorrect bleaching I had the worst hair experience ever. I found the customer service unsatisfactory with my hair dresser turning up half an hour late and being kept waiting for ages in between times when my hair was being done. This is the first hair salon I experienced rude hair dressers. I would never go back and would not recommend. As I had to pay £65 for the service I felt ripped off and hurt as I was travelling abroad the next day, it was a nightmare. Although I emailed their customer service regarding my concerns I have since never received a response, since December 2014.
Linah•5 years agoReport
Omg! Please do NOT go here! Horrible rude stylists & staff, who do what they want regardless of what you've asked for. Incredibly Slow rude service. The google reviews (which they've now prevented people from adding to) are TRUE. The salon is run down, messy and grubby. I saw them make two separate customers cry on the SAME day-which I was horrified by. They're just so rude to customers, they care only about themselves. Not a very nice professional place at all. Save your money, go somewhere where you'll feel valued and get the style you want. That certainly isn't this place. (Ignore their online persona, it's a farce and not a true representation at all sadly.)
Gorgie•5 years agoReport
Show more reviews...

Radiant London Salon is a boutique situated in Bermondsey. Best known for their divine colouring techniques and flexible, natural weave services. Radiant London continues to make a mark in the hair industry.

With an outstanding team, first class customer service and a multitude of experience, Radiant London has an extensive range of clients including celebrities. Whilst being known for creating fabulous on-trend looks the team at Radiant are also known to encourage clients to take care of their natural hair by indulging in their bespoke personalised treatments. 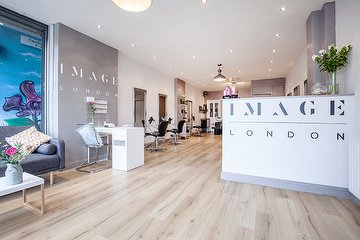 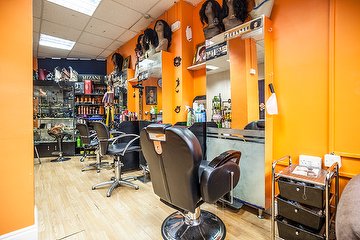 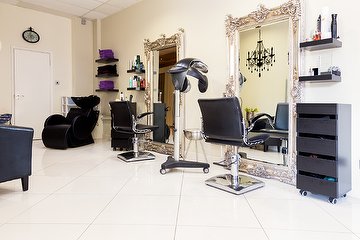