Written by our customers, so you know what to expect at each and every venue.
Aedie is great. Friendly and really good at his job. Will definitely be back.
Treatment by Aedie Liew•Sugaring
Ade•a year agoReport
Show venue reply...
I have been seeing Aedie for sugaring for a number of years. He is very professional and does a great job. A short walk from the Elephant also makes him easy to get to. Highly recommended.
Ian•a year agoReport
Been seeing Aidie for many years now and whilst there are some Manscaping salons nearer to me, I travel right across London to see him. He is very professional and takes great pride in his work which is quick, safe and faultless. Have no hesitation whatsoever in recommending him.
Ket•a year agoReport
I've been a regular client of Aedie for a few years now - which probably says all you need to know. Friendly, professional approach.
Anonymous•a year agoReport
Aedie is absolutely superb. I have been using him for years. Love his new place. Very clean, thorough, respectful, attentive and flexible. I would wholeheartedly recommend him to anybody look to remove excess hair.
Tony•a year agoReport
Show more reviews...

"Sugaring is much less painful than waxing with our experienced Sugarist Aedie Liew, who has been sugaring for the past 10 years. Originally from Singapore, he is considered to be one of the Top professionals in the UK specialised in hair removal treatments for men such as SUKAR Sugaring." SUKAR is the arabic word for sugar – a modern method which is much less painful and less aggressive for the skin then Waxing. This technique is based on the Egyptian art of hair removal made from pure sugar and natural ingredients which removes the entire hair leaving the skin soft, healthy and smooth for weeks. Suitable for all hair and skin types.

Sugaring is much less painful than waxing with our experienced member of Relaxing Studio Team, Aedie Liew, who has been sugaring for the past 4 years. Originally from Singapore, he is considered one of the top professionals in the UK specialising in hair removal treatments for men such as SUKAR Sugaring. 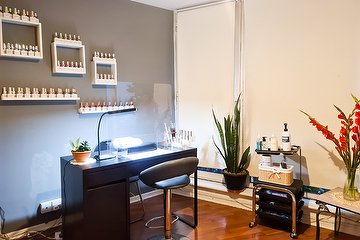 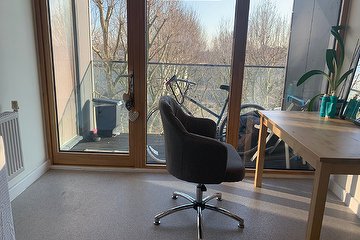 Colour Construction By Bellini0.5 mi away
(57) 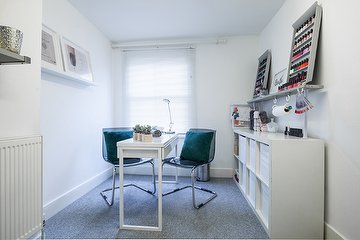