Written by our customers, so you know what to expect at each and every venue.
Got the perfect cut!!
Styled by Jurga•Ladies' Haircuts
Emma•a year agoReport
I was very disappointed with the haircut. I paid £50 pounds for the long hair as it was mentioned on the website. I obviously did not know that the quantity of hair also make a difference when cutting hair. The girl seemed to be nice at first. She washed my hair and brushed it, but she was always mentioning that I have got lots of hair. And if I had to pay it at the venue, they would charge me more. However, I paid for the service which was not provided. She asked me what I would like to do with them, I said I want to leave them as long as possible, then she showed me how much she would cut. And we agreed on that. Then, she started cutting them behind, I saw that she was really annoyed with the quantity of my hair and she did not really want to cut them. So, she did not even cut them in front. She told me she would blow dry them and then, she’d cut. She finished the blow drying and took her scissors and showing that she was cutting but she did not even touch a millimetre of my bloody hair. Shame on her. Then, I told her, you did not even touch my hair in front, so, could you cut it a bit, as I paid for the hair cut not fit the blow dry. If she did not want to work, she could have told me that she is not capable of cutting this amount of hair. Anyway, girls with long and thick hair never go there!!!!! They will rip you off and you won’t receive a service you have paid for.
Styled by Jurga•Ladies' Haircuts
Anonymous•2 years agoReport
Really pleased with the cut and highlights. :)
Styled by Jurga•
Ladies' HaircutsShow all…
joanne woodliffe•2 years agoReport
Eyelash Extensions
Beata•2 years agoReport
I was disappointed with this treatment. It felt rushed and one of my fingers bled. One nail chipped the following day.
Manicure
Anonymous•2 years agoReport
Show more reviews...

Located in Plaistow, Beauty Lounge Green provides high-quality hair and beauty treatments for both men and women. Enjoy a warm welcome as soon as you step inside, from the stylish and inviting decor to the organic refreshments on offer.

Whether you want a brand new hairstyle, a pre-holiday wax or just need some nail maintenance, Beauty Lounge’s professional team aim to make you feel comfortable and relaxed. Their attention to detail and uncompromising standards ensure that you leave feeling confident and completely satisfied. 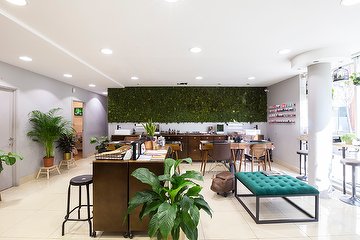 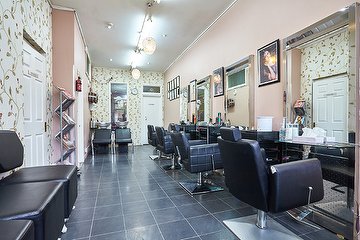